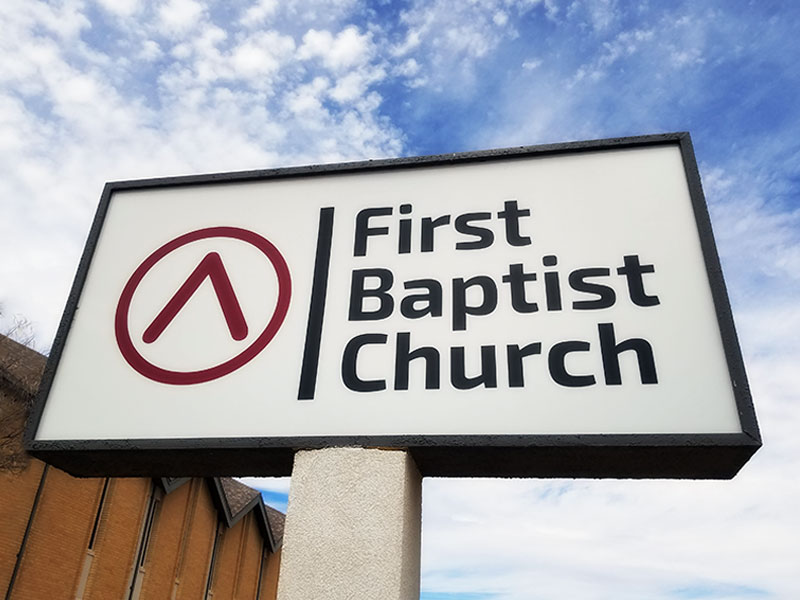 Our services are uplifting and engaging. Our worship service includes both hymns and contemporary Christian songs.

We are proud to be a multi-generational, multi-ethnic church.

We offer hearing equipment for those that need it. 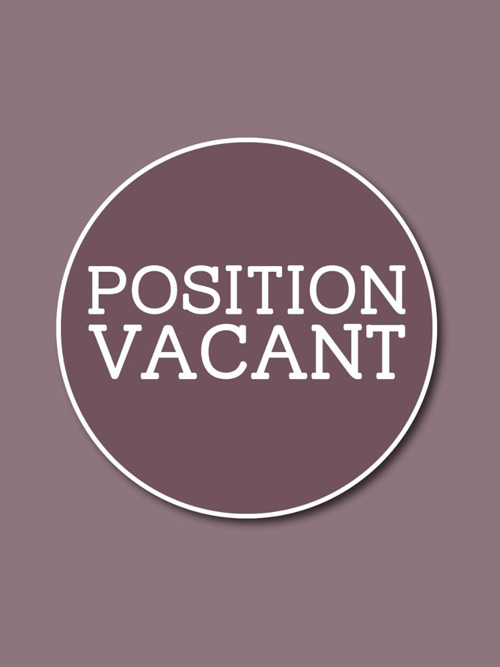 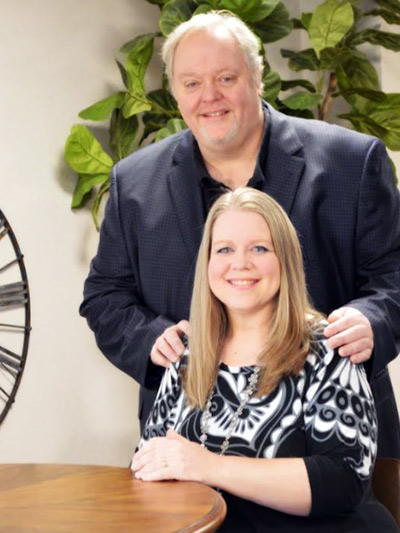 Dan Heister is serving now as Interim Worship Leader but has served as full time Worship Pastor for FBC from 2010-2019. He stepped away from that role and now runs and owns a full time recording and production studio from his home. He also teaches music and music instruments such as trombone, trumpet and piano.

Dan is married to Amanda who grew up in Hobbs and FBC was her home church. Together they have served in several churches as worship leaders in Albuquerque, NM. They have a son named James and daughter named Ivory who are grown.

Dan’s experience as a worship leader spans over 30 years. He attended The University of New Mexico and New Mexico State University majoring in Music Education. He also received an associates degree in Entertainment and Music Technology from New Mexico Junior College in 2020.

Dan and Amanda have a passion for music but especially worship music. They feel blessed to be a part of First Baptist Church and are grateful for the love the church has always shown them. 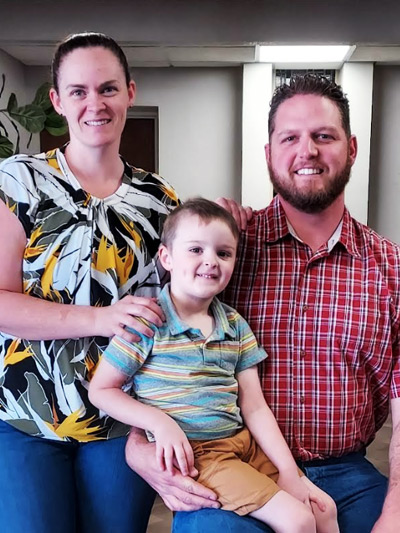 Carl Griffith started attending FBC Hobbs in 2012. Before moving to Hobbs, Carl lived in Anthony NM where he attended FBC Anthony New Mexico. While at FCB Anthony, he received some experience preaching in a small church of 25-30 people on occasion for the senior pastor when needed. Since 2019, Carl has assisted the youth minister, KC Peoples, with Wednesday night service and activities as well as summer camps. When KC was called to another ministry in Jan 2022, Carl continued working with the youth in the student ministry. Carl accepted the Interim Student Pastor position in April 2022 where he continues to further the student relationships with Jesus Christ.

Carl is married to Brittany and has one son Liam. 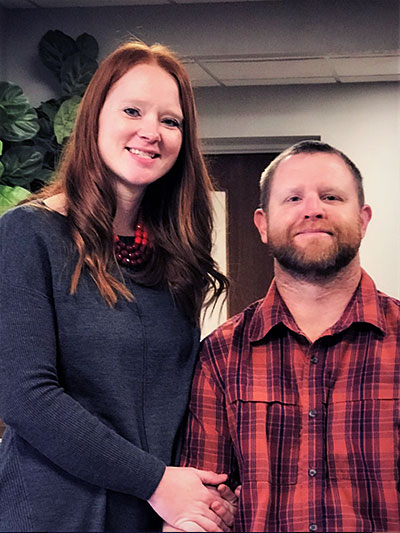 Rebecca Hughes, a native of Abilene, Texas, has lived in Hobbs since 2015. She and her family became part of the FBC family that same year.

Rebecca is a former middle school English teacher with a Bachelor's degree from Colorado State University-Pueblo and a Master's degree from West Texas A&M University.  While her background is in education, she has volunteered in children's ministry since she was in the youth group. Her current role in children's ministry allows her to use her education and work experiences to share the love of Christ with children and their families.

Rebecca married her husband Michal in 2004, and they have four daughters together. Rebecca and Michal enjoy outdoor adventures with their girls and their dog. 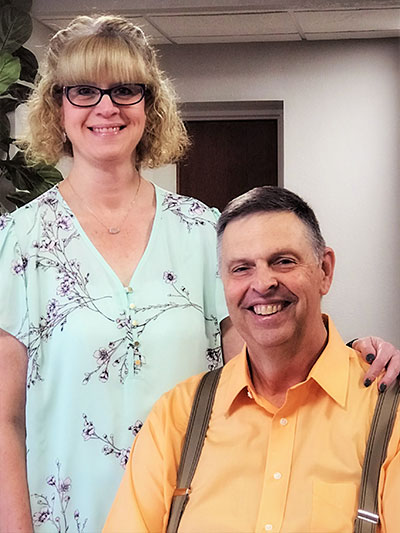 Jim & his bride, Peggy, have been a part of the Hobbs Community since 2007 and have a son, Kevin (27), daughter, Megan (29) who is married to Stephan Lopez and together have their granddaughter, Verity Lopez. Jim and Peggy met in Germany while Jim was in the Air Force and Peggy was teaching kindergarten at the Christian school. They were married in the Germany courthouse on 2 Dec 1998 and again on 30 Dec 1988 in their local church. Yes, they have 2 wedding certificates!

His hobbies are family, traveling, trains, and yard work.

He retired from the US Air Force after 27 years where he completed his degrees in Supply Chain Management and Human Resources. He also has an associate degree in General Sciences. Prior to Jim working for FBC Hobbs, Jim worked for Enrichment Technology, a Dutch based company, for 12 years and worked in Eunice and Idaho Falls.

Jim started working at FBC in October of 2019 and considers this a ministry more than a job. FBC is Peggy and Jim’s extended family.

We are looking for an Interim Media Coordinator as of April 26, 2022. 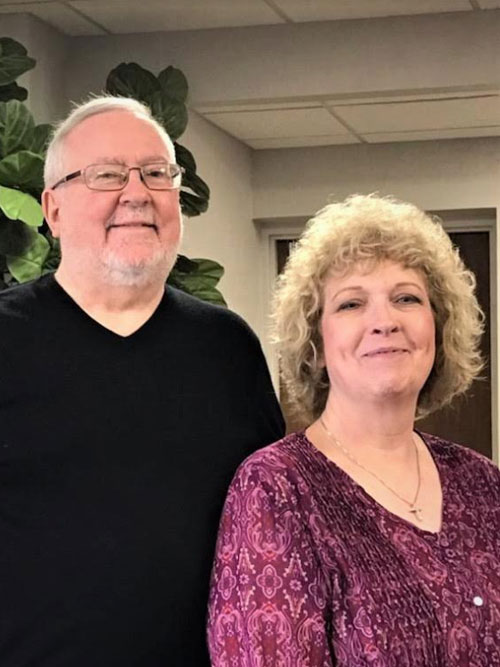 I was born and raised in Artesia, NM before moving to Hobbs in 1976. James and I were married in 1976 and together we raised 3 wonderful children. Our joy these days are the 12 grandchildren given us by our children. Never a dull, (or quiet), moment in the Francis home! First Baptist has been our home church since June 1981. In 2001, I started working as the Financial Secretary for the Church.

My hobbies revolve around my family. We love visiting and having children and grandchildren over whenever possible! We have been involved in several ministries since joining the church which we enjoy.

My Bachelor’s Degree is in Accounting from New Mexico State University. 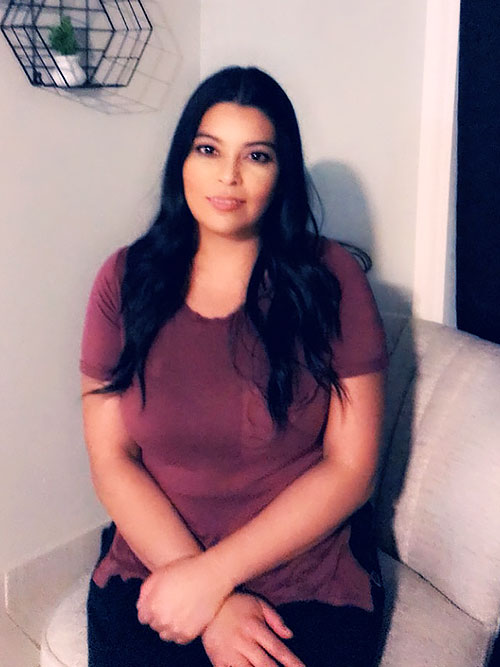 I was born and raised in Garden City, Kansas before moving to Hobbs in 2008. I married the love of my life, Sergio, in 2003 and together we are raising 2 beautiful girls. Our youngest, Kamiala, was born in 2011, and our first born, Karyme, was born in 2004. Between the two of them, they keep us busy with school activities.

I started working at First Baptist in 2009 with my mother. Back then we were responsible for Noah’s Ark school and the church facilities. When Noah’s Ark closed, my mom stopped cleaning and I have been cleaning the church on my own ever since. I enjoy working at First Baptist Church because the people are friendly, and everyone appreciates what I do.

My hobbies revolve around my family. Keeping up with school activities keeps Sergio and I very busy. We enjoy it though and we also enjoy doing things as a family. 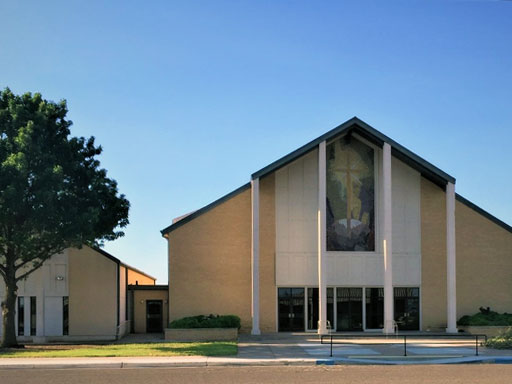 FBC Hobbs is a member of the Southern Baptist Convention and our beliefs align with the doctrinal positions outlined in the SBC 2000 Faith and Mission message. The following statements are the primary theological views our church.

A New Testament church of the Lord Jesus Christ is a local congregation of baptized believers who exercise their spiritual gifts, rights, and privileges invested in them by His Word, and seek to extend the gospel to the ends of the earth.

The Holy Bible was written by men, divinely inspired, and is God's revelation of Himself to man. It is a perfect treasure of divine instruction. It has God for its author, salvation for its end, and truth, without any mixture of error, for its matter. Therefore, all Scripture is totally true and trustworthy.

God, in His own time and in His own way, will bring the world to its appropriate end. According to His promise, Jesus Christ will return personally and visibly in glory to the earth; the dead will be raised; and Christ will judge all men in righteousness. The unrighteous will be consigned to Hell, the place of everlasting punishment. The righteous in their resurrected and glorified bodies will receive their reward and will dwell forever in Heaven with the Lord.

There is only one true and holy God who is the creator and sovereign over all creation. This eternal triune God reveals Himself to us as Father, Son, and Holy Spirit. God is all powerful and all knowing; and His perfect knowledge extends to all things, past, present, and future.

It is the duty and privilege of every follower of Christ and of every church of the Lord Jesus Christ to endeavor to make disciples of all nations. It is the duty of every child of God to seek constantly to win the lost to Christ by verbal witness undergirded by a Christian lifestyle, and by other methods in harmony with the gospel of Christ.

Man is the special creation of God, made in His own image. God created mankind both male and female as the crowning work of His creation. By his free choice man sinned against God and brought sin into the human race. Through the temptation of Satan man transgressed the command of God and fell from his original innocence. As descendants of Adam, mankind is sinful by nature and action, and therefore in need of God’s grace if he is to have a relationship with His creator.

God is the source of all blessings, temporal and spiritual. Christians are under obligation to serve Christ with their time, talents, and material possessions; and should recognize all these are entrusted to them to use for the glory of God and for helping others.

God has ordained the family as the foundational institution of human society. It is composed of persons related to one another by marriage, blood, or adoption. Marriage is the uniting of one man and one woman in covenant commitment for a lifetime. The husband and wife are of equal worth before God, since both are created in God's image. Marriage is God's unique gift to reveal the union between Christ and His church and to provide for the man and the woman in marriage the framework for intimate companionship, the channel of sexual expression according to biblical standards, and the means for procreation of the human race. Children, from the moment of conception, are a blessing and heritage from the Lord. Parents are to demonstrate to their children God's pattern for marriage. Parents are to teach their children spiritual and moral values and to lead them, through consistent lifestyle example and loving discipline, to make choices based on biblical truth. Children are to honor and obey their parents.